Colwyn Bay Horticultural Society prides itself on an unbroken existence since 1903.

We know from the local papers that the CBHS was a gleam in someone’s eye in 1903 because very early in 1904 there was “a meeting of professional and amateur gardeners…for the purpose of discussing the advisability of forming a Horticultural Society for Colwyn Bay and District”.  Enthusiasm was such that the first show was held that summer in a marquee on Rydal School football field.

However, the Society had had a previous existence.  Since the sale and resale of the huge Pwllycrochan and Bodlondeb estates in 1865 and 1875, Colwyn Bay had become a thriving seaside resort and a desirable place in which to live.  The vicar of Llandrillo-yn-Rhos, Rev. W. Venables-Williams, was one of the main drivers of the town’s expansion and, in 1899, is reported as being the Chairman of the Colwyn Bay Horticultural Society, reading the annual report.  Hon. Secretary was Mr. Royle FRHS of the Ship Hotel. The first annual Exhibition and Promenade Concert was held on 23 August 1899, “One of the events of the season”.   No further newspaper reports are to be found, and Rev. Venables-Williams died the following year, so perhaps the original society died with him.

“The season” may be a clue to the present society’s inception.  In such a forward-looking town it was important to keep up appearances, to be seen to be doing well.  The wealthy had leisure for many interests outdoors as well as in, the professional gardeners in the big houses and the nurserymen had reputations to maintain, the town needed to attract tourists.  A Horticultural Society would be good for trade and for the community.

The 1904 show was such a success that the Society decided to apply for affiliation to the Royal Horticultural Society and the next marquee would be 720sq.ft. bigger.  The expanded 1905 show would include “competitions in butter, eggs, trussed poultry and table decorations, the latter being for the benefit of domestic servants”.

Children had their competitions from the beginning.  In 1904, Nellie and Talbot Williams won most of the classes in the arrangement of wildflowers and grasses, plants in pots, foliage plants and ferns.  In 1910, six subjects were set for competition by children in “all the schools” by the Society “desirous of encouraging nature study”.

In 1906, “most of the principal residents sent exhibits”, but there was also a class for a “window-box with plants”.  The amateur gardens classes for 1910 are clear. Front Gardens: 1. Open to all residents in the Urban District who do not employ a man more than two days a week.  2. Open to boarding-house and lodging-house keepers.  3. Open to Cottagers.   Allotment Gardens:  1. Held under the Urban District of Colwyn Bay.  2. Held by any railway company’s employee.  3.  Garden other than those eligible for 1 and 2.

1909 saw the regular pattern of events: the Rose Show in July, the Annual Show in August, the Chrysanthemum and Fruit Show with Floral Concert in November.  The Floral Concerts were probably quite important socially.  They were organised by Madame Riviere, the English widow of Jules Prudence Riviere, the French musical director of the Llandudno Pier Pavilion for many years who fell out with those pier directors and moved his entire orchestra to the Victoria Pier Pavilion in Colwyn Bay, where he was much appreciated.  After the first concert in 1905, Mme Riviere was presented with “a blue cut-glass flower vase mounted in solid silver on a broad silver pedestal” in appreciation of her share in the success of the concert “in aid of the funds of the Colwyn Bay and District Horticultural Society”.  Which gift can’t have helped said funds.  In 1909, Mme. Riviere was Lady President.

Colwyn Bay and District Agricultural Society united with the Horticultural Society in 1910 for a grand two-day show.  There were four marquees, an enormous number of classes from both societies viewed by over two thousand visitors on the first day alone.  The second day saw a Scouts’ display, children’s dancing displays and competitions and races.

The 1914 Annual General Meeting Report is thankful that the Summer Show took place before the outbreak of hostilities.  It seems to have been the usual big event, this time with displays and a band from the training ship “Indefatigable”.  However, plans for the Autumn Show were abandoned “in consequence of the war” and consideration of the next year’s show was postponed.  Tradition and reputation have it that the Society has an unbroken record since 1903, so it must have continued in spite of war with a loyal membership.  We know that W.Groom, Hon. Secretary in 1914, was invited back in 1939 to continue the work of the Society when many of his younger co-members had gone to World War Two.

The Society and the Town

References to the Horticultural Society appear in Council minutes of both the Allotments and Parks Committees during World War Two, when it was vital that we grow our own food.  After a public meeting in November 1939 “to encourage the cultivation of allotments”, the Society immediately offered to hold another meeting for “present and prospective allotment holders” to offer help and advice from their members who were “practical gardeners”.  So began a very successful co-operation of the Society with the Allotment Committee.  When the Ministry of Agriculture and Fisheries started to award Certificates of Merit to worthy allotment holders, the Society was asked to provide the judges for this scheme which continued into peacetime.  The judges were also involved in “Food Education Week” in 1941.  In 1942, the Parks Committee agreed to the Society’s request for increased cultivation of vegetable plants for sale, and to another request for provision and maintenance of a demonstration plot.  With regard to Disposal of Surplus Produce “the matter was left with Colwyn Bay Horticultural Society in co-operation with the Women’s Voluntary Service”.   In 1943, the Society was given “free use of the Council Chamber for Horticultural Society lectures and committee meetings and all purposes connected with food production”.  More official recognition was given to the Society’s representatives on the Allotment Committee who were “to confer as to the holding of a Victory Garden Show”.  This co-operation was continued after the war, when the Allotment committee members were co-opted on to the Parks Committee.  The original judges from the Society remained, some as councillors, for many years.  The continued strength of the Colwyn Bay Horticultural Society after the war is seen when the Pier, Promenade and Entertainments Committee book ahead in December 1948 to use the Pier Pavilion for a two-day Autumn Show in November 1949. 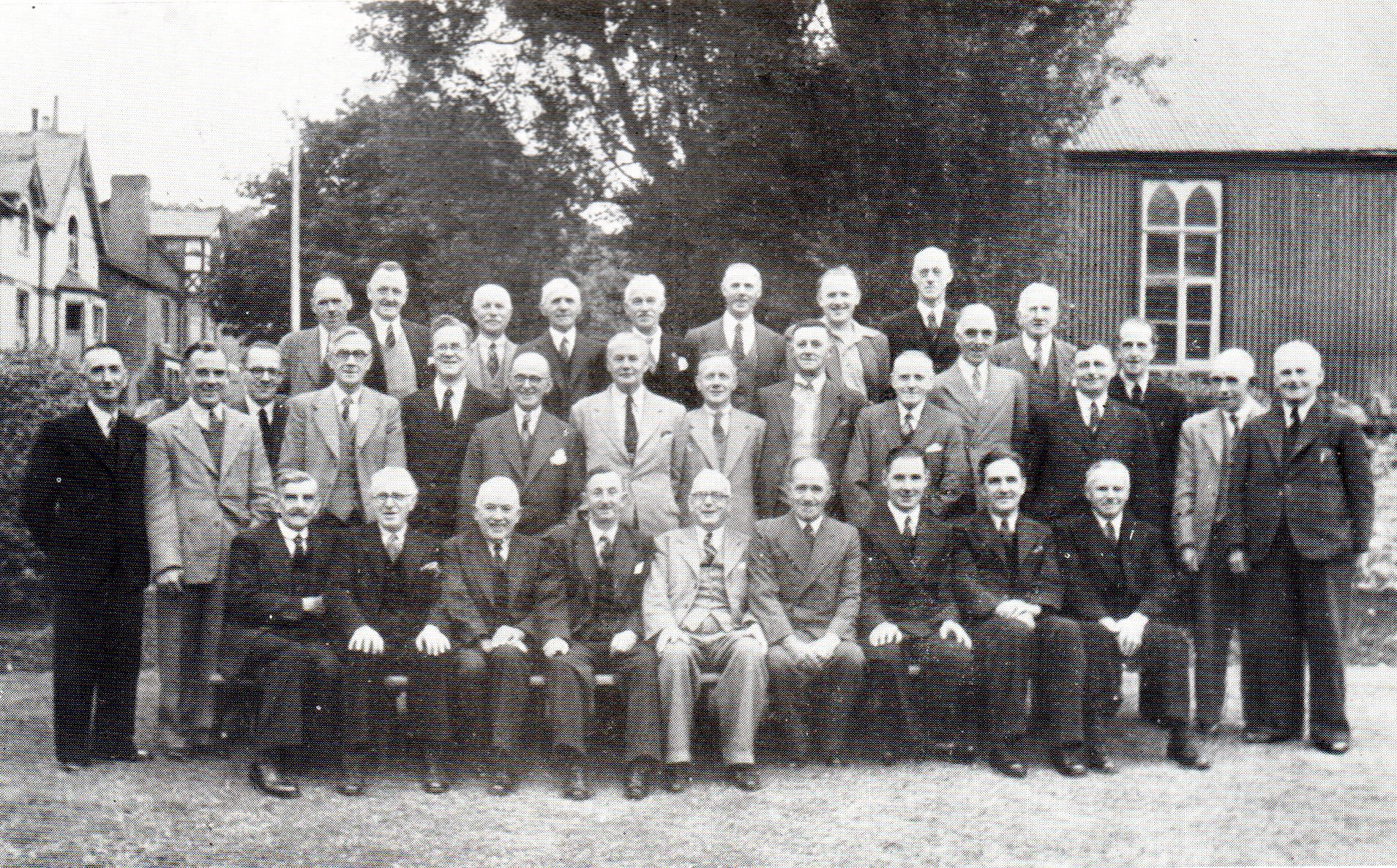 In August 1953 Colwyn Bay celebrated the Coronation and also the Golden Jubilee of the Colwyn Bay Horticultural Society with a huge two-day show, sponsored by the Society and the Old Colwyn and District Agricultural Society.  It was supported by the Canine Society, the Caged Birds Society and many other organisations.  There were scores of agricultural, horticultural and vegetable awards (open and amateur classes), a dog show, caged bird competitions, a gymkhana and Morris dancing.  Many thousands attended and it didn’t rain.

Newsletters in the 1960’s carried the motto “Delve deep while sluggards sleep”. 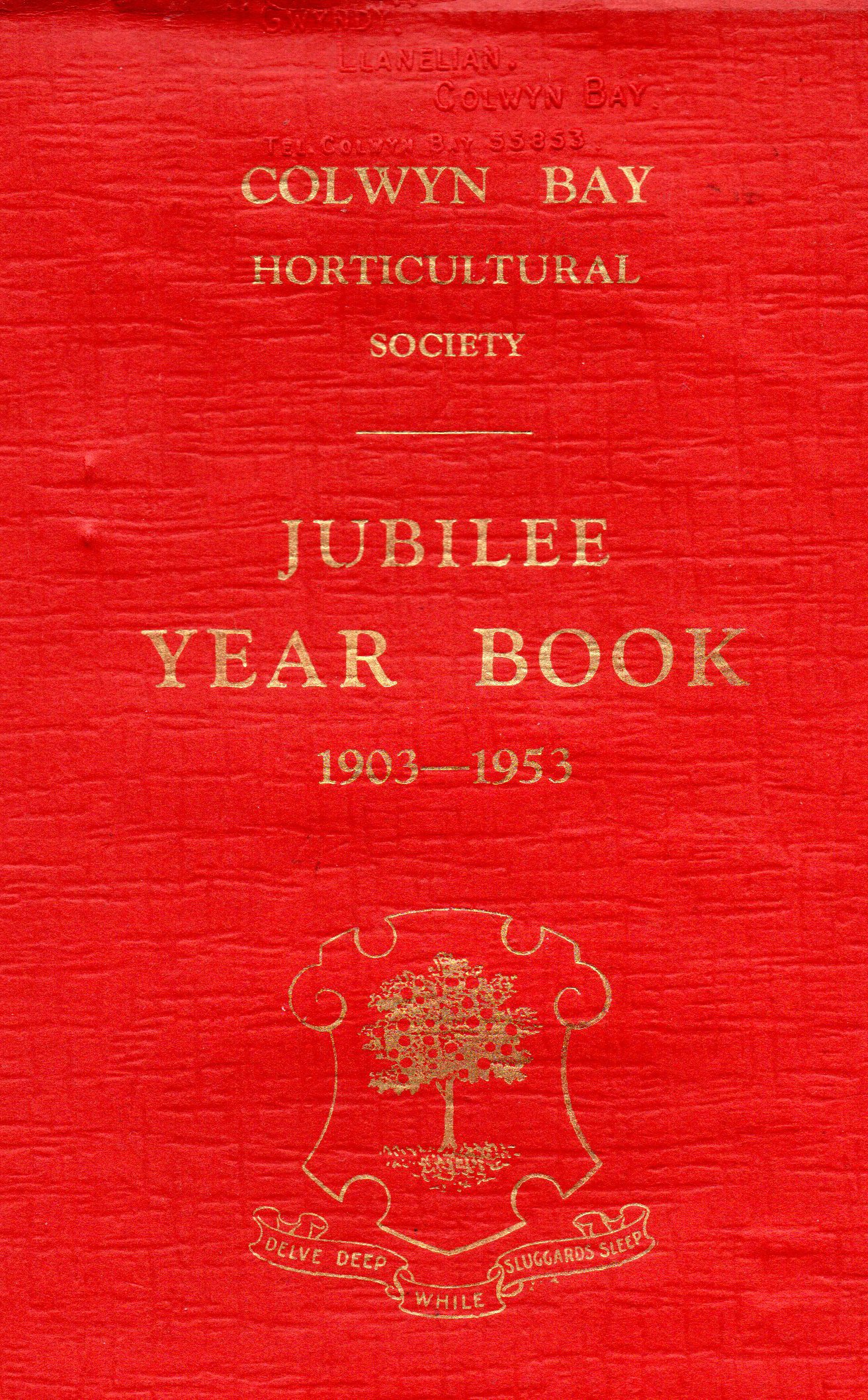 Changes in lifestyle have been reflected in the membership, as people have wider interests and less spare time.  There will always be gardeners happy to exchange ideas, to compete or simply to enjoy each other’s company, but numbers fluctuate.  News and photographs of shows in the local papers are usually accompanied by requests for more members.  Generally, these requests are granted, though in 2006 there was a threat of immediate closure if someone didn’t turn up that evening!  Fortunately, they did, and that seems to have been a turning point.  That same year, three trips and a talk by a Chelsea Gold Medallist were well attended and the Society has never looked back.

Since 2012, the Colwyn Bay Horticultural Society website has been recording activities throughout the year.  A 2012 newsletter announced the granting of a BID for Town Council support which gave the necessary boost to finances to involve more children in a family event.  Increased membership and hugely successful May Plant Sales where members offer their own plants and expertise have begun to secure future plans.  More newsletters record at least one major trip each year and give details of upcoming shows and events. In 2014, the first Garden Trail was held, when members in Rhos-on-Sea opened four of their gardens.  In 2016, the Society was awarded the Ruth Cavill Cup by Colwyn Bay Town Council for its contribution to Colwyn in Bloom.  Members of the Society serve on the Colwyn in Bloom and Volunteer Awards Committees.  Photographs of all the events show the enjoyment and enthusiasm of members and visitors, and the beauty and variety of competition entries.

The society continues to welcome all who love plants and pleasant company! 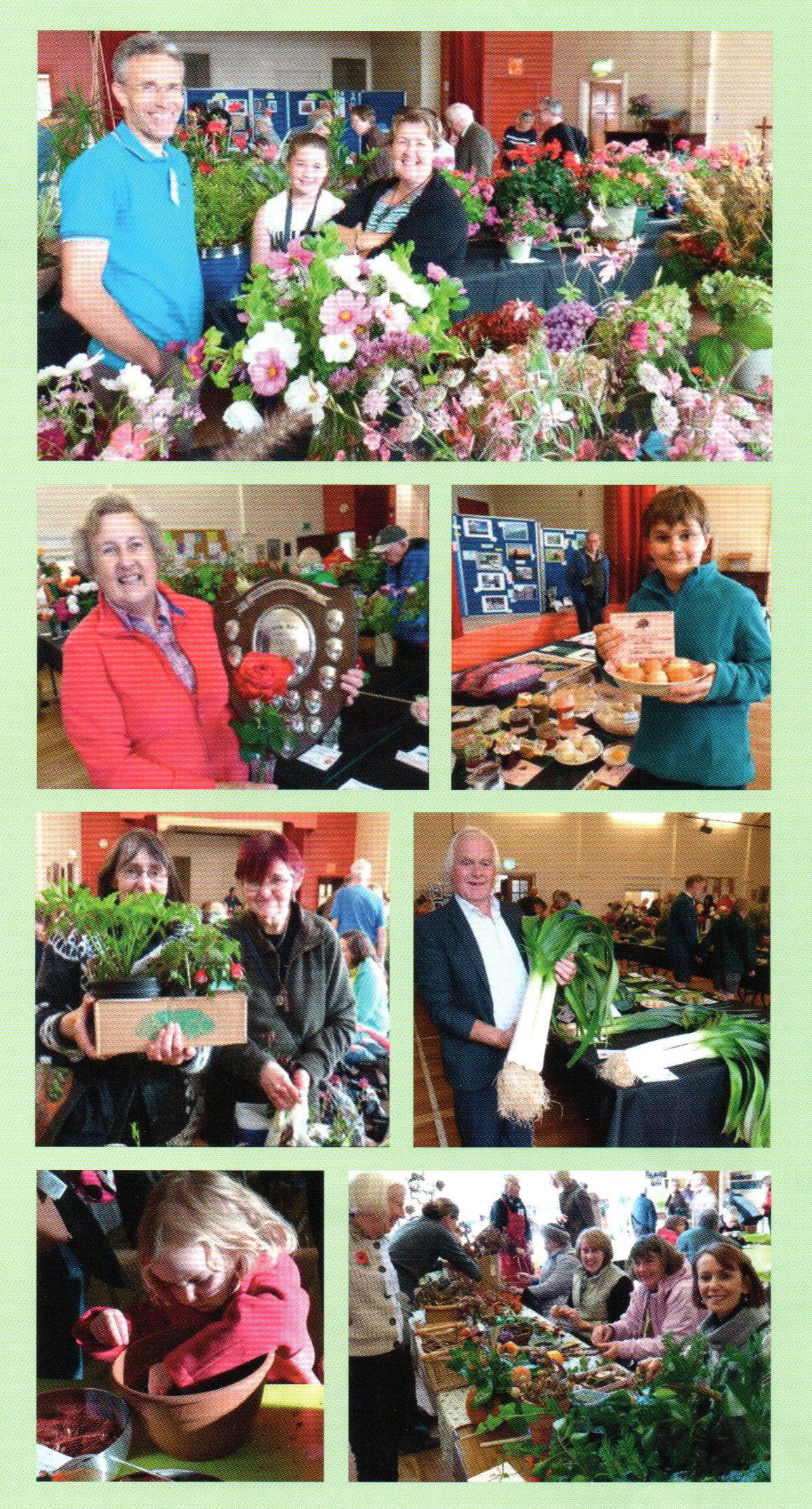 Thanks to Eunice Roberts, Graham Roberts and Colwyn Bay Library for support and advice.

We are the Colwyn Bay Heritage Group. Our aim is to make the heritage and history of the Colwyn Bay easily accessible and better known amongst those who live here or are  interested in understanding … END_OF_DOCUMENT_TOKEN_TO_BE_REPLACED