Summary: The Park is the general title for an area of land stretching from Rhos Point on the coast to Colwyn Avenue, Rhos on Sea. The site is divided by Abbey Road, the northern section is now a children’s play area and includes a paddling pool, the area south of Abbey Rd. includes the Rhos Fynach Bar and Restaurant and is the site of the former Rhos Lido. 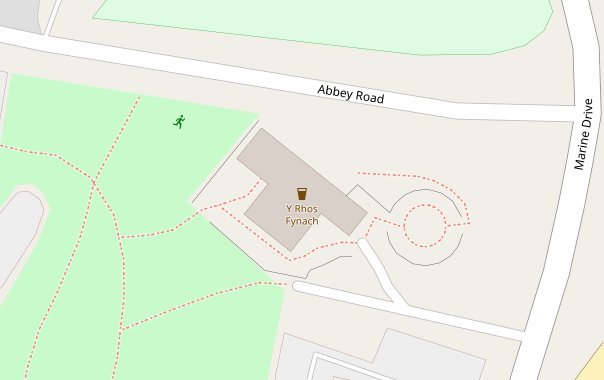 Rhos Fynach Park has some of the oldest links with the area’s history. Six Roman coins from the time of Constantine the Great have been recovered from the site indicating that it was used in Roman times.

In 1186 Llewellyn the Great permitted the monks of the Cistercian Aberconwy Abbey to build a fishing weir near the site which was then much larger and stretched along the coast to the west. The land was thought to be used for many years as an outpost for the monks whilst they made their fishing visits to the weir, hence the name Rhos Fynach the ‘Valley of the Monks’.

A charter from Llewellyn dated 1230 records that all rights to the land of ‘Rhos Veneych’ were bought by his chief advisor Ednyfed Fychan. In 1575 a charter granted by the Earl of Leicester gave the site and it’s fishing rights to a Captain Henry Morgan for the sum of sixpence. These favourable terms were for services ‘rendered at sea in connection with the Queen’s enemies’. Captain Morgan was a sea rover but not the notorious pirate Captain Morgan, despite local rumours to the contrary. 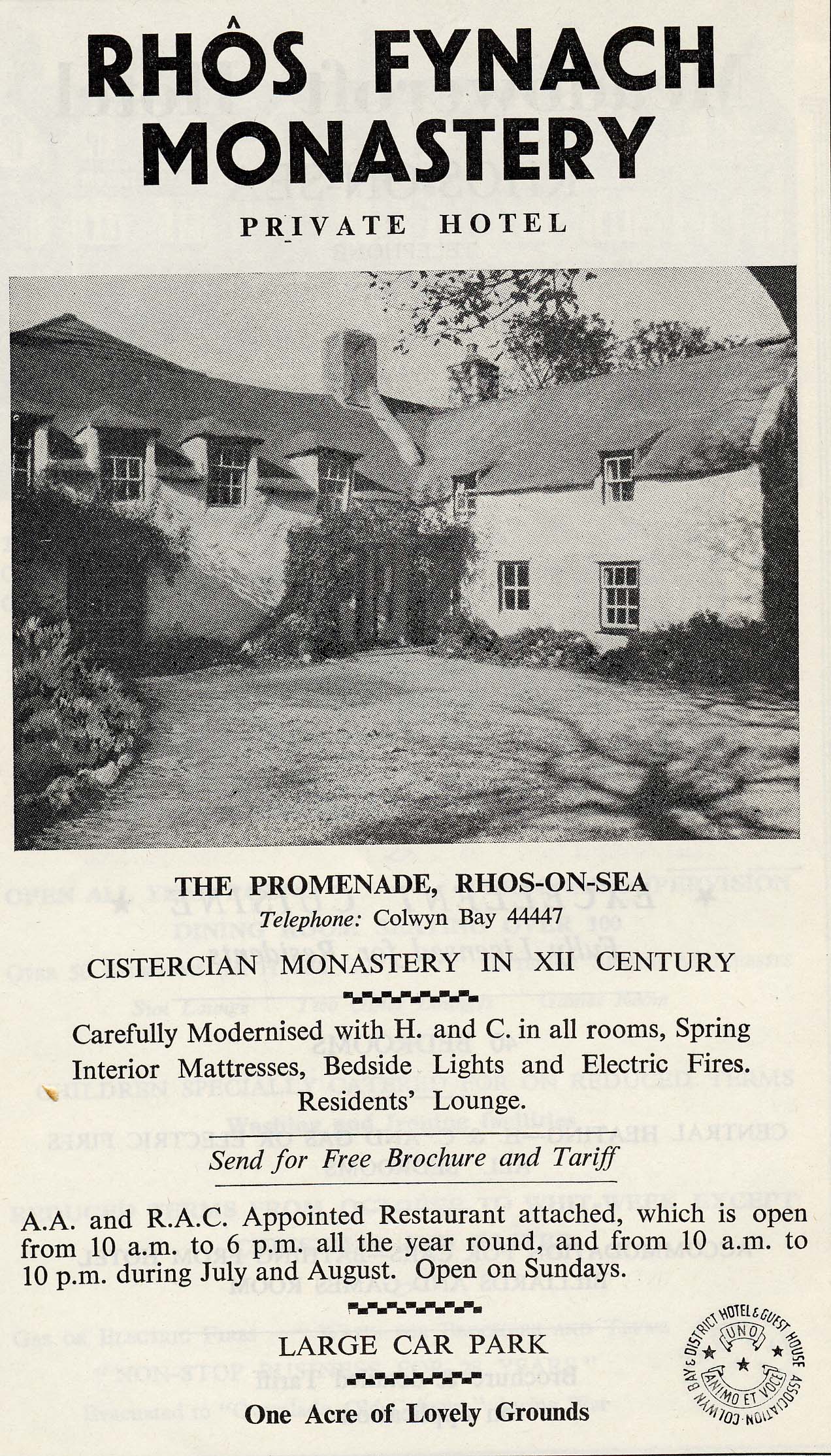 Areas of the site have been acquired for housing and roads over the years but an outdoor swimming complex was developed in the current southern section during the early part of the early 20th century by Colwyn Bay Council who owned the remaining open space. It was officially opened in 1933 by boxing champion Jack Peterson and was described as ‘one of the areas biggest social attractions’. The Blue Dolphin Cafe was part of the complex. By the late 1970’s the Rhos Lido, as it become known, was struggling financially, The Blue Dolphin recorded a loss of £14,000 in 1978 and the whole complex was in need of extensive repairs. The Council decided to seek alternative uses for the site. In 1981 a Rhyl businessmen, Mike Farrell (who already operated Dinosaur World in Eirias Park) leased the complex from the Council with the intention of turning it into a theme park called Treasure Island. It would have a number of water attractions, including a replica pirate ship and fake islands, and a new restaurant and a ballroom. The Rhos Fynach Bar and Restaurant as we now know it was then being operated by the Council as the Cegin-y-Mynach Tea Rooms and they too were to be renovated as part of the proposed development. 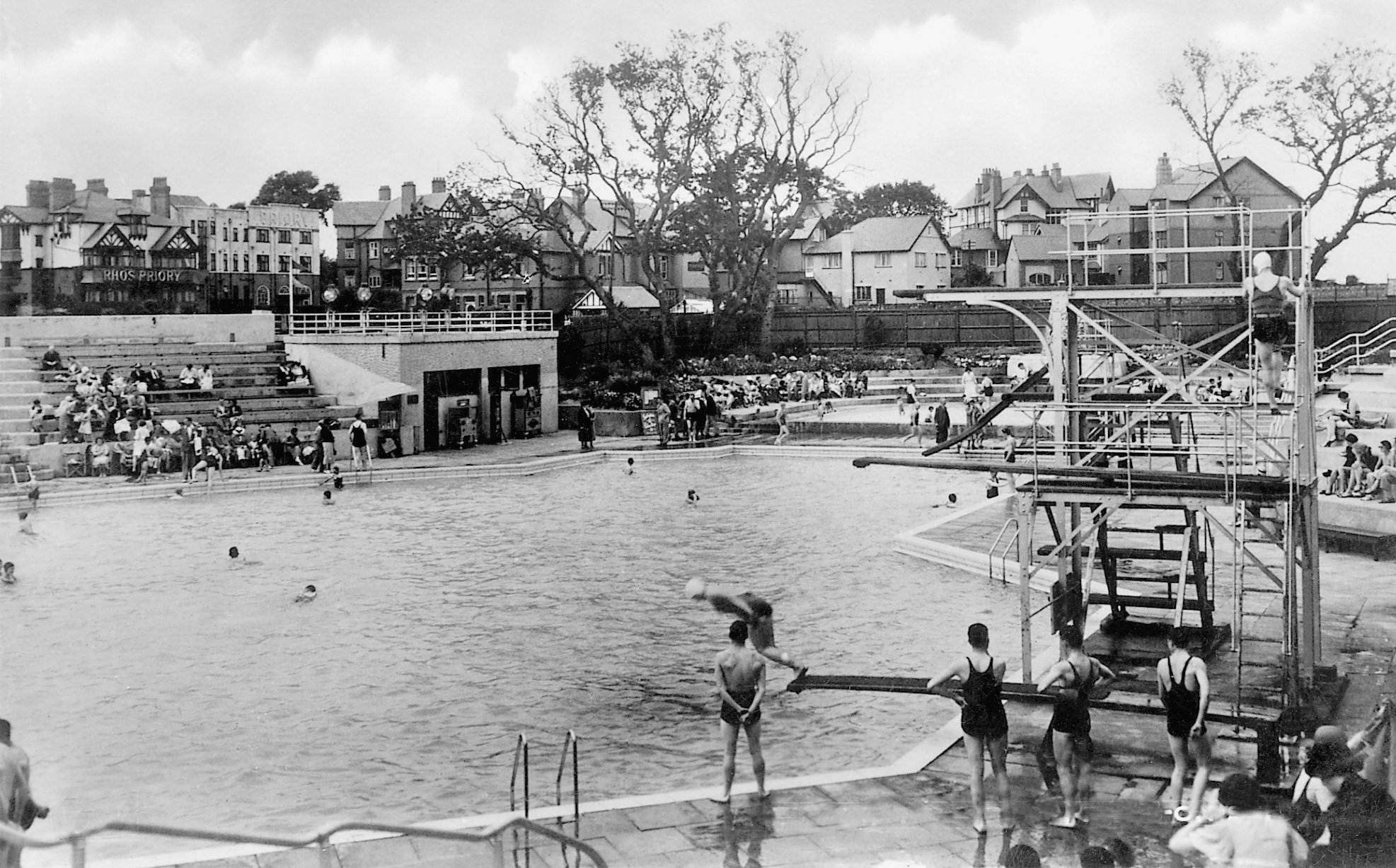 The plans met with considerable local opposition and in 1984 Mike Farrell handed the site back to the Council. By 1985 the entire complex was was derelict and it’s buildings considered to unsafe to re-let.

In 1987 a proposal was made to develop luxury apartments on the site. The local Residents Association vehemently opposed the idea arguing that it should remain a public amenity area and the proposal was dropped.

In 1989 plans were announced by Strand Leisure for a one million pound development of the site to include an indoor bowling centre, cafe, bar, conference facilities and a snooker hall. Again, this development was opposed and did not go ahead.

In 1990 a Llandudno businessman, Ray Gardener, obtained a 99 year lease from the County Council, who then owned the site, for the Cegin-y-Mynach Tea Rooms, at a cost of £350,000. The building at that time was in a state of extreme disrepair and sections of it could not be safely accessed. He developed the buildings into the Rhos Fynach Bar and Restaurant which is now a Grade II listed building The remainder of the site stayed under the management of the Council.

The Blue Dolphin, the pool and the remaining associated buildings were demolished in the early 1990’s and the ‘Rhos Fynach Park’ was developed as a recreational area and opened in 1993, it remains County Council owned and is maintained as a public open space with children’s play facilities on on the northern part and fitness equipment for adults on the southern side of Abbey Rd. where an orchard of apple trees has been planted in recent years.

We are the Colwyn Bay Heritage Group. Our aim is to make the heritage and history of the Colwyn Bay easily accessible and better known amongst those who live here or are  interested in understanding … END_OF_DOCUMENT_TOKEN_TO_BE_REPLACED