Colwyn Bay Heritage > Book Shelf > To Where We Once Belonged: Colwyn Bay Revisited

This novel is inspired by the reality of true events in a small coastal town during the Second World War, some of the characters are based on people who lived, others are purely fictitious. It is a fact realised only in recent years that the town of Colwyn Bay and its population deserved huge recognition for its vitally important administrative role during wartime in feeding the nation. This function is now celebrated annually at a festival each April since the publication of “Colwyn Bay Accredited”. 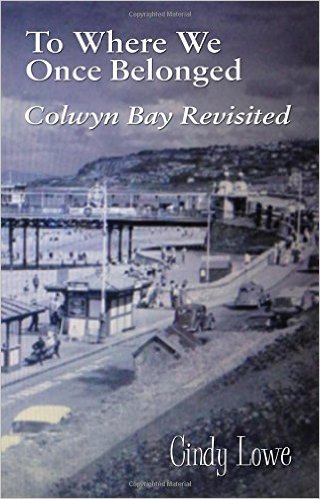 The prologue describes a young girl fascinated by the diary of her great grandmother written as a teenager during the war years. We visit Spain, and continue on to Liverpool and North Wales in an obscure seemingly insignificant area. Set in the 21st century, stories of the past and wartime years surface in memories of the characters, all of whom have their own agenda for returning, and many have connections to each other. Rita, retired to the Costa Blanca is an ageing former singer, famous and successful in the past, and now wealthy but widowed and lonely. There has been a family rift with her brother and she has no children of her own.

We are the Colwyn Bay Heritage Group. Our aim is to make the heritage and history of the Colwyn Bay easily accessible and better known amongst those who live here or are  interested in understanding … END_OF_DOCUMENT_TOKEN_TO_BE_REPLACED