Summary: Formerly Colwyn Bay golf course Bryn Cadno is a “natural”, informal, area of open space of approximately 10 ha. (24ac.) to be found above the Colwyn Heights housing development in Upper Colwyn Bay. As the only public open space in the area it is well used by the local community for informal recreation and especially dog walking. It is managed by a Countryside Warden due to its rich biodiversity. 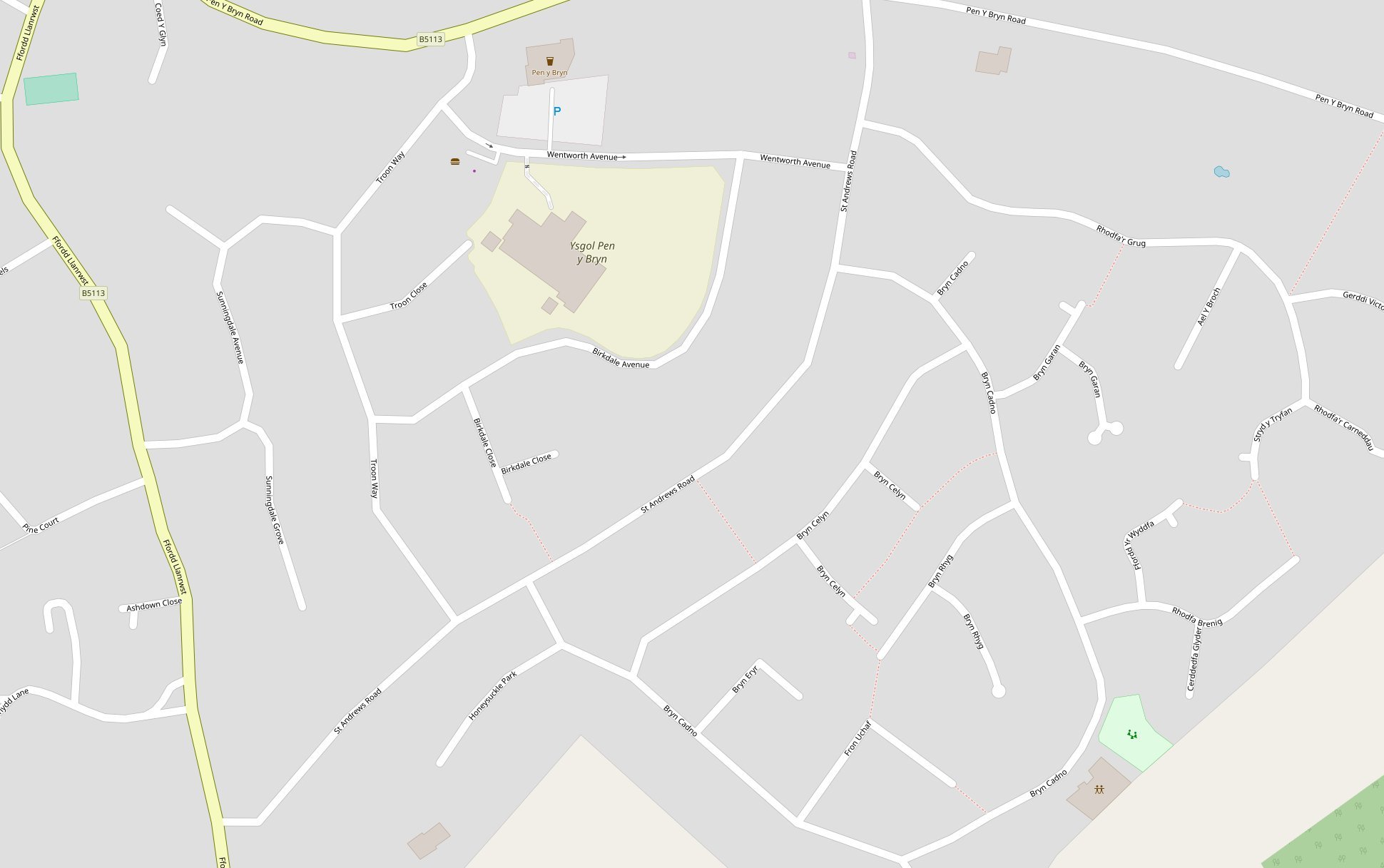 Bryn Cadno is a “natural”, informal, area of open space of approximately 10 ha. (24ac.) to be found above the Colwyn Heights housing development in Upper Colwyn Bay. From its highest point of approximately 200m (650ft.) it overlooks Pwllycrochan Woods and has an almost 360 degrees of fine panoramic views from along the North Wales coast to the east, and then anticlockwise around to Anglesey, the Conwy Valley hills and the Snowdonia mountains.

The site is managed by Conwy CBC as an area of informal open space, primarily for the residents of Upper Colwyn Bay. Access is by means of footpaths from Bryn Cadno and from Honeysuckle Lane and it is regularly used by large numbers of local people, many of whom are dog walkers. However there is also an informal kick about area with goal posts.

Prior to its current use it was part of the former Colwyn Bay Golf Club which was founded in 1893. Originally part of the Pwllycrochan estate, it was initially developed as a 9 hole course but, following the purchase of additional land by the club, it was extended to 18 holes just prior to the First World War, with an associated reconstruction of the course being undertaken in 1919/20 by the well known course architects, Colt, Mackenzie and Alison. Membership in 1922 was 300. 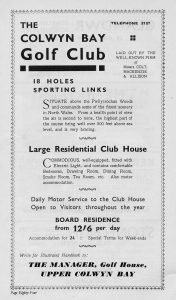 However it reverted to 9 holes during the Second World War, no doubt to help the war effort by reducing maintenance requirements. The clubhouse, just off Pen y Bryn Road had previously been the home of John Porter JP. However the Club suffered from financial difficulties, and in the 1930s the Council agreed to buy and operate the course, but the outbreak of war in 1939 intervened. With post war membership declining to 170, two local businessmen agreed to buy the land to develop it as a 400 pitch caravan site. However planning permission was refused and the subsequent appeal dismissed. 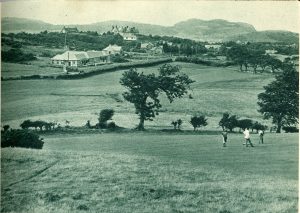 In January 1958 the Council bought the entire site for £10,250, but sold it two years later for £40,000 for housing development. In 1963 the land was subsequently sold to Alfred McAlpine Homes (North Wales) Ltd, who in turn sold the then remaining undeveloped area in 1985 to the Land Authority for Wales. In 1986 the current area of open space area which was not allocated to be developed was then purchased by Colwyn Borough Council from the Land Authority for £16,000. Despite it being over 50 years since it was a golf course some of the sites of the former “greens” and “tees” can still be identified.

A biodiversity survey undertaken on Bryn Cadno in 2009 for the Council’s Countryside (now Open Spaces) Service, which has been responsible for the management of the site, recorded 17 species of birds, 10 species of butterfly, and 4 species of dragonfly or damselfly, although there are likely to be others that were not seen at the time. The land has a number of features which make it a valuable site for biodiversity conservation. Not only is the site large enough to support habitat areas, but it is also physically varied, with sheltered slopes with different aspects and a more exposed “plateau” area. It has a diverse vegetation – from diminutive grassland to dense scrub and woodland – distributed across the site and there is also a substantial remnant of flower-rich acidic and neutral grassland, some parts of which are unimproved or only slightly so.

However, whilst there is a rich biodiversity the site needs to be carefully and actively managed as it is vulnerable, due to its presence next to residential development. This gives rise to disturbance by dogs and walkers and the introduction of non-native species such as the self-seeding of sycamores and dumping of garden throw-outs. There has also been isolated instances of unlawful garden incursions which have had to be dealt with and removed.

We are the Colwyn Bay Heritage Group. Our aim is to make the heritage and history of the Colwyn Bay easily accessible and better known amongst those who live here or are  interested in understanding … END_OF_DOCUMENT_TOKEN_TO_BE_REPLACED